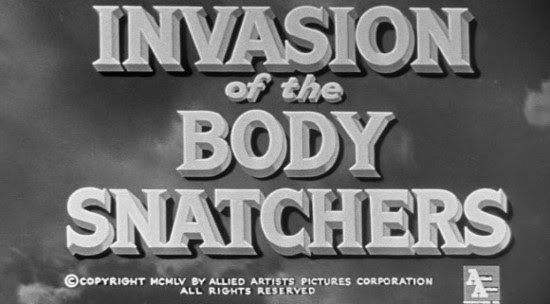 Nathan Cullen is the NDP MP for the northern BC riding of Skeena—Bulkley Valley. This is fact. The people who live in the riding elected him to that job in 2004 and reelected him in 2006. To remove any doubt, Elections Canada says so right here.

But it seems the Conservatives are unimpressed by the democratically expressed will of the people of Skeena—Bulkley Valley -- and they said so this week.

Three days ago, Dick Harris, the Conservative MP for Cariboo-Prince George announced that the Conservatives have named their local candidate Sharon Smith the “Skeena-Bulkley Valley liason to the federal government.”

That’s right, seems that after only 20 months of trying it, the Conservatives have decided that listening to MPs – particularly those from other parties – is way too onerous and distracting. The solution is obvious really: replace them with compliant and agreeable people who look like MPs, pretend to be MPs, but have absolutely no legitimacy.

Harris’ announcement is a new low for the Conservatives – and is being greeted as such by British Columbians. For any doubters, Harris even lets his partisanship show when he says “I know the constituents of Skeena-Bulkley Valley will derive a huge benefit from having direct contact with government, something that they have not had since 2004” Problem: until 2004 the riding was held by a Conservative – though the government was Liberal. Translation: you need to elect a Conservative – er, and don’t ask why.

Just like the Liberals before them, Conservatives are arrogantly putting their partisanship ahead of democratic principles. We all remember how that ended for the red team.
Posted by Blogging Horse at 9:30 PM

"Second, if the editorial is true and this title bestowed upon candidate Smith is legit, then does this mean the taxpayers of this country are paying her a salary, honararium or a budget for a office that would be similar to our sitting MP Cullen?"
Another conservative on the dole! She needs to get a "real" job, don't you know!

Shocking in its contempt for democracy: why don't we do away with elections altogether, and just have the government appoint people to represent the public and, moreover, dictate to that same public what issues will be on their representative's agenda?

First they disregard the voters' wishes in Vancouver Kingsway, and turn a Liberal into a Conservtive cabinet minister, then they appoint an unelected, unaccountable, illegitimate candidate to represent the people in Skeena-Bulkley valley.

The message to BCers is quite clear: no matter how you vote or what you vote for, we're going to decide the effective outcome of the election in our favour.

Just like the Liberals before them, Conservatives are arrogantly putting their partisanship ahead of democratic principles. We all remember how that ended for the red team.

Oh, right...of course. The hot issue here is how arrogant the Liberals are. If I were an NDP voter in Skeena-Bulkley, I'd first be wondering why Nathan Cullen has been silent over this.

Is Ti-Guy suggesting that Cullen isn't offended by this?

As you can see from his own website, Nathan is taking this on -- mostly by giving voice to the outrage he's hearing from his constituents: http://www.nathancullen.ca/news/credit-for-fed-bucks-misplaced

The Liberal spin machine is always trying to sell the conspiracy theory that the NDP and Harper are in cahoots when the facts show that Dion has supported Harper almost 50% of votes in the House.

A free fashion tip, Dionistas: tin foil is SO out this season.

Is Ti-Guy suggesting that Cullen isn't offended by this?

I didn't see anything on his web site...

Sorry, this isn't about the Liberals. And I don't know any Liberal who believes the NDP are "in cahoots" with the Conservatives. I just think the NDP has been irrelevant when it comes to dealing with Harper and his wingnuts.

Looking for Liberals who believe the NDP are "in cahoots" with the Conservatives? How about Michael Ignatieff? Ralph Goodale? Or the Liberal spokesperson who runs the Green Party?

"Irrelevant?" Really? Among the people who disagree with that assessment are clearly the Conservatives. They aren't going after Liberals or Bloc MPs with thier "pod people," only the NDP. That says everything about who they consider to be their primary opposition.

They aren't going after Liberals or Bloc MPs with thier "pod people," only the NDP.

Not true. The Conservatives did something similar with Melli Faille's riding of Vaudreuil-Soulanges. This is simply what the Harpies do.

You beat me to the Fortier reference. Yes, unfortunately this is the way the Conservatives operate. And they're absolutely shameless about it. It's outrageous and demonstrates yet again the utter contempt Harper has for "democracy" notwithstanding all of his lofty, high-minded talk of reform and accountability. Harper is admitting that he essentially ignores any MP that isn't a Conservative and, by extension, their constituents. This man is not the Prime Minister of ALL Canadians — he's just the leader of the Conservative Party.

NDP has been irrelevant when it comes to dealing with Harper and his wingnuts.
Seems that way.

As for Fortier, he has become more brazen lately. He's in the Soulange region at least once a week and sucking up to mayors in a big way. I've seen quotes for our not-so-bright municipal mayors stating "Well the Liberals have never been as present as Fortier" completely missing the point and the fact that Meille Faille is the elected representative - and she is very present.

The NDP have the very popular and articulate Mulclair - I don't understand why he is not used more often as he did a great job as a minister in Quebec. I would have voted for the provincial Libs with him as their leader...

God I just have to roll my eyes when Liberals belly ach about the conservatives lack of respect for the democratic process.
Like the Liberals are better

I don't think the Liberals have a horse in this race. So why waste cycles whining about them, when it's the Conservatives that are doing you wrong?

orc said..."I don't think the Liberals have a horse in this race. So why waste cycles whining about them, when it's the Conservatives that are doing you wrong?"...

the point is the Liberals pull the same shit,yawn

Of course the great merit of any proportional system to voters in, say, Alberta, is that there would be some competing Liberal MPs, NDP MPs, and Green MPs from Alberta giving voters a choice, so if they need an opposition MP they could find one.

So next time a Conservative scoffs at PR, ask him or her "if PC voters in Skeena-Bulkley should be allowed to have a PC shadow MP, why shouldn't Liberal voters in Alberta have the same right?" Ad perhaps he or she will agree.